Tell Us About Your Project
/
Mobile / UEFA. Multiplatform Match Predictor 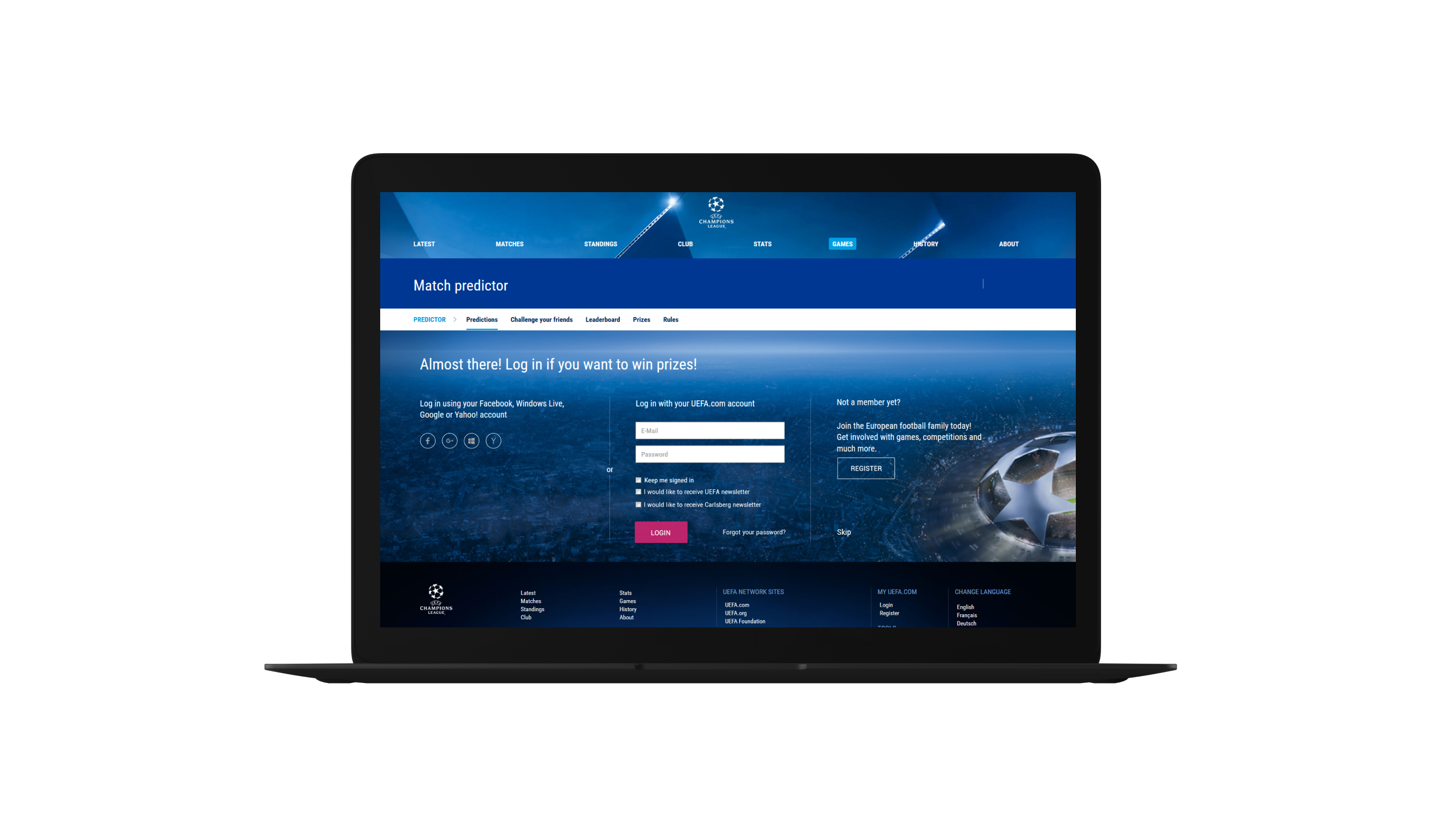 The main purpose of the project was to create a relevant multiplatform solution for the three biggest platforms, namely iOS, Android and Web. The work was carried out strictly in accordance with the guidelines of UEFA. The application was developed within short timeframes due to some temporary circumstances required to predict the UEFA Champions League matches and receiving special prizes. According to the requirements, multiplatform application should be integrated with data from the third parties, that, in turn, significantly improve the level of back-end development, analytics and access to the original data. To achieve the desired results, we have developed a robust and complex solution for data caching and transmission of information from front-end to back-end after the initial calculations.

The multiplatform app has been created at the request of UEFA and developed fully in accordance with Agile methodology. We have provided a solution for the three platforms, that is a mobile application for Android (Java), iOS (Xcode and Swift), and also a separate Web solution (HTML/CSS/JS, HTML5, jQuery, local storage) for web browsers. Within the framework of the task set, Bitsens actively collaborated with several external companies (UEFA centralized logon, Web page template, etc.) and integrated Analytics, Tealium. While using the Agile methodology, there were certain challenges that we have successfully overcome. As a result, we have provided a ready functional solution, plenty of domestic and modal windows, a fully adaptive layout of the web application and correct operation of the product on most mobile devices and Internet browsers. The project has been worked out strictly on time.