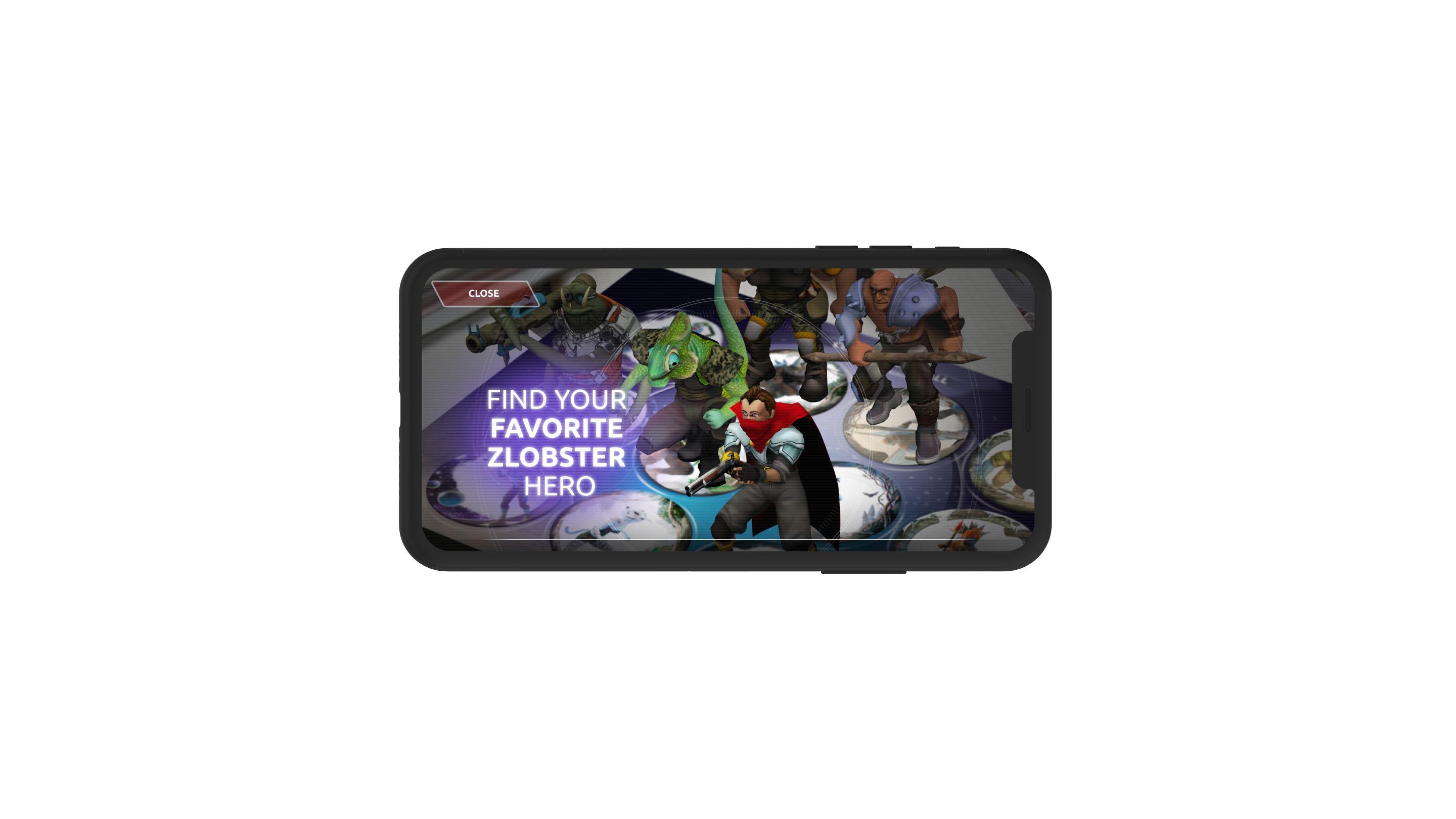 Zlobsters is a board game with Augmented Reality technology in which players with heroes Zlobsters will defend the Earth from the invasion of terrible monsters.

We’ve made full circle development of a board game and augmented reality technology mobile app starting from idea, gameplay and core content production up to designing print advertisement materials. Game is built on Vuforia augmented reality technology engine, what allows to be played on both iOS and Android devices. Each of 12 heroes has unique 3D animations, weapons and sounds. Zlobsters are built around idea of collecting chips and best played in multiplayer mode.
The idea lying behind the game is that we should make a board game with augmented reality. As a result it can be played offline as a board game and via mobile app which should have catchy gameplay and immerse player into the story of the Zlobsters. Augmented reality technology game is aimed on very young audience – boys from 5 to 12 years old, what means that it game should work correct even on old and low-performance devices. Alongside main idea and gameplay we should develop all print material, comic story, 15 3D heroes with various animations and weapons and in game sound. 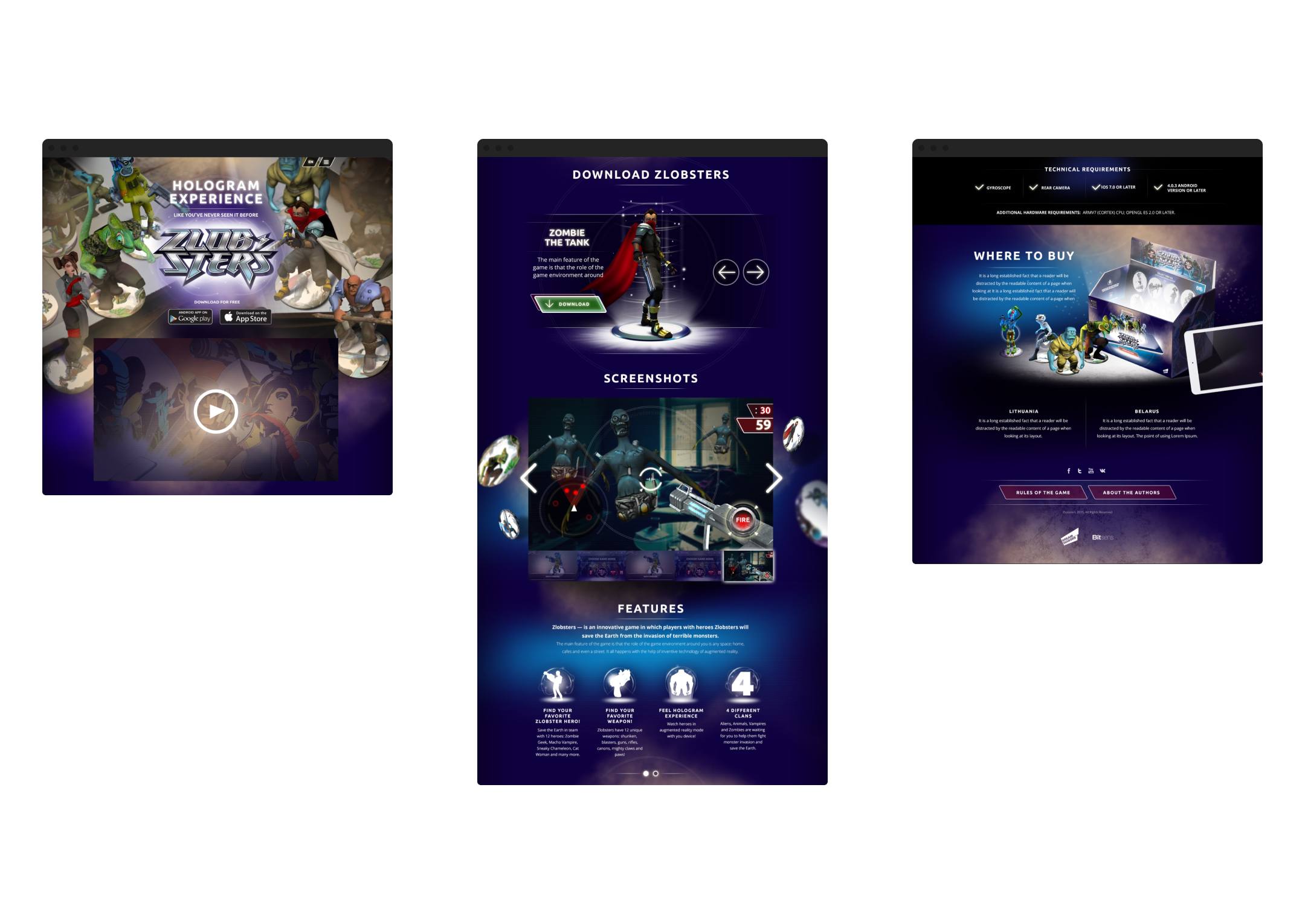